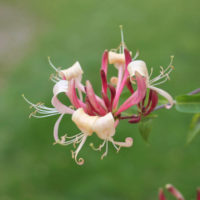 Man Vs. Beast or Don’t Eat That Poo!

“No no no! Ich! Usch! Stop that! Blech!” While that reaction can fit many different scenarios,

Old Uncle Harry giving you a wet, sloppy kiss at the family reunion

Someone putting mustard on your hamburger

there is one recurring situation in particular that draws that exclamation out of me.

You know when you acquire pets and children that you will have to deal with the poo. It’s a package deal. You can’t say, “One dog please, hold the feces.” It just doesn’t work that way. They eat; they relieve themselves. Of course, when you accept this responsibility you are normally thinking of dealing with the excrement that said child or pet produces. I don’t know of anyone who says, “Hey, I’d like that dog, can’t wait to see him hunt for poop!” But that quest for dung is lived out several times a day, each and every day, by my otherwise sweet and sleepy canine. We can call it the battle of the enticing, quite often buried and old, cat poo; the hound that wants to eat it and me.

Why does Sugarpants have this desire? I wish I knew. Or maybe I really don’t. I do know that the population of cats in my area has seemingly grown exponentially and therefore also the number of opportunities for pooches with discriminating palates. While I have been a cat owner, said cat did his business in a box and I took care of it. I also clean up after my four-footed tail-wagger who makes droppings four times a day. (Once for each foot??) Why do cats and horses get a free pass is what I want to know! They leave their doo doo on nature paths, streets and ditches. It is frowned upon when a dog walker doesn’t pick up after his pooping pooch but no one blinks an eye at the cat leaving little piles all over the neighborhood. Well, no one but those of us with poo-eating dogs and children playing in sandboxes. This has created in me a dislike for cats I am afraid, or at least a disapproval of their lack of manners. The real problem lies with the owners, of course, but the end result is that when I see them, the kitties not the owners, I automatically think, poo. That kind of thought association doesn’t lead to positive relationships—unless you are my dog.

As you know, dogs are designed to sniff. They need to, must, can’t help but point their noses at every scent. I have often wondered what computations are being made in Sugarpants’ mind as he smells the urine left behind by the neighbor’s dog:

Dog; retriever mixed with shepherd; 2 years old; male; ate kibble, egg, piece of toast, 5 bugs, half a ball, and the whistle out of his dog toy; chases his tail.

Striving to be a good owner, I want to give my hound all the experiences he needs to be a well-rounded, satisfied pooch. So of course I stop to let him smell the roses. Um, I mean the tall weeds. I must be on the alert so he doesn’t surprise me by snagging a tasty morsel of cat manure. Our walks have become a battle and an exercise in who can realize what is going on first. Who? Sometimes he wins, sometimes I do. It also means that sometimes I pull him away from legitimate fact-finding missions that deprive him of brain-expanding sniffs. This makes me feel bad because I want him to encounter the full expanse of the world on our walks.

When I let my guard down, let my mind wander, or just think he is smelling the corgi that passed by yesterday morning, Boom! He’s chewing on a clod of dirt mixed with heaven, according to him. “No no no! Ich! Usch! Stop that! Blech!”

I try to get him to drop it but it rarely works. He knows it is a contest because he now eats it faster than he used to. Gotta get it down before it gets taken away. Not that I am EVER going to stick my fingers in there. Well, ok, maybe I would if I seriously thought there was going to be a poo-induced death but otherwise, “Hi there, Stinky Breath.” I feel bad again for several reasons: I don’t want him to eat poop, I don’t think it is good for him and I lost the round. Also, Sugarpants will want to sleep in bed with me later and I don’t want him to breathe on me. “No no no! Ich! Usch! Stop that! Blech!”

I wonder if I can train him to go in a box.

Theme by Anders Noren — Up ↑